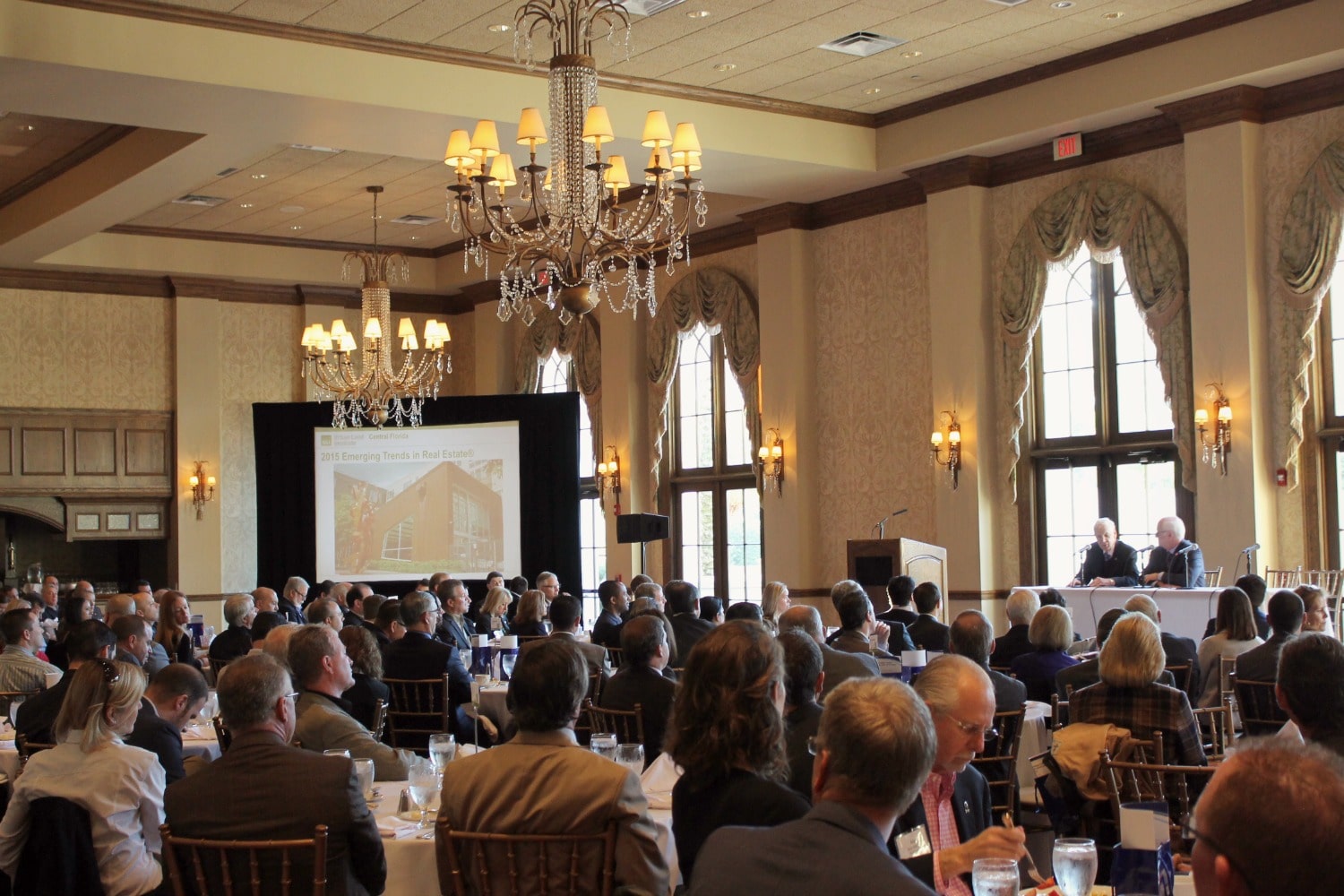 On January 30, 2015, ULI Central Florida held its annual Emerging Trends in Real Estate conference. At the half-day event, guest speakers and panelists shared their 2015 forecasts and projects with over 200 registrants from industries including real estate, development, urban planning, and architecture. With a recovering economy and positive job growth particularly in Orlando, the general outlook for 2015 was positive, albeit cautious. Jobs, oil, and Millennials proved to be steadfast topics of discussion throughout the event.

Back by popular demand, local political commentators Lou Frey and Dick Bachelor of WMFE’s Intersection opened the conference with their trademark banter on the local and national political scene. Mr. Frey, a former Florida Congressman (R), and Mr. Bachelor, a former Florida House Representative (D), gave their thoughts on the presidential race and what it could mean for Central Florida.

The event’s Keynote Speaker was Jeff Korzenik, Chief Investment Strategist at Fifth Third Bank. He summarized his economic outlook for 2015 into five points:

Mr. Korzenik went on to describe each point in detail, using jobs as a context. Despite the slowing growth of emerging markets worldwide, the United States has seen the strongest job growth since 1999 by adding over 200,000 jobs each month. Still, two challenges remain: employers are having a hard time finding qualified labor and aging Baby Boomers, who are retiring en masse, are leaving behind a diminished available workforce.

Overall, Mr. Korzenik’s forecast was positive for Florida’s land-use related disciplines. The state is set to benefit from continuing to expand and improve its infrastructure, as well as the growing population in areas like Orlando and Miami. 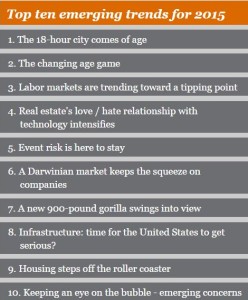 Following Mr. Korzenik, Andrew Warren gave the event’s signature Emerging Trends in Real Estate presentation, based on the Emerging Trends in Real Estate – United States and Canada 2015 book, which can be downloaded here (PDF). Mr. Warren, the Director of Real Estate Research at PwC, called for more awareness and “sustainable momentum.” He noted the importance of “keeping an eye on the horizon and how much of the runway is left, more so than in 2006.”

Some of the takeaways from the Top 10 Emerging Trends for 2015 were:

The second panel, Commercial Trends, was moderated by Michael “Doc” Terry of the UCF Rosen College of Hospitality Management, whose panelists discussed commercial trends with a focus on Orlando’s tourist corridor: International Drive. Mr. Terry was joined by Jim Bagley of Encore Housing Funds, Carl Kernodle of Hyatt Hotels, and Josh Wallack of Mango’s, SOBE, and Skyplex. One major trend expected by the panelists will be the diversification of hotels, including urban hotels with a city atmosphere, hotels geared towards longer-staying international tourists, and families looking for multi-generational accommodations. Meanwhile, attractions in the district are becoming more aware of pedestrians and their safety. For International Drive itself, this means improved infrastructure such as pedestrian bridges.

The 2015 Emerging Trends in Real Estate conference concluded with the 2015 Trendsetter Award. This year’s winner was The Church Street Exchange. The team behind this effort took a defunct mall in downtown Orlando with nearly complete vacancy and leased it fully within 18 months, creating a model for adaptive reuse that serves Orlando’s growing tech, start-up, and non-profit scene. Other nominees included the City of Tavares, Laureate Park at Lake Nona, and First Green Bank. 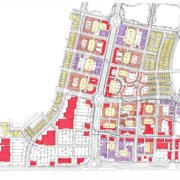 Master-Planned Communities in a New Economy 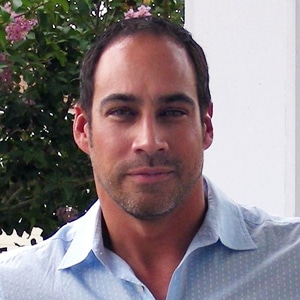 Tony Weremeichik to Present at MCBC

Canin Associates to Present at 2014 SEBC