Canin Associates is thrilled to announce that its founder and president, Brian Canin, has been inducted into the College of Fellows of the American Institute of Certified Planners (AICP). 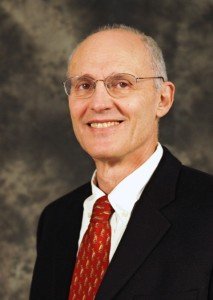 The AICP is the American Planning Association’s professional body which works with urban planners around the country to promote certification, ethical planning, professional development, and standards of practice. Induction into the AICP College of Fellows represents the organization’s highest honor. It is an award given to those whose careers have achieved the highest levels of professional practice, teaching, mentoring, research, public service, and leadership.

Brian Canin is an architect and urban planner, researcher, and leader with over 40 years of diverse community building and placemaking experience. With more than 100,000 residents living in Canin-designed projects, his work has had a profound impact on Florida’s built environment. He has also worked in 14 countries outside the US. Both locally and internationally, Brian has been a champion of traditional neighborhood design and smart growth. Throughout his career, he has acted as a trusted resource for regional planning efforts in Central Florida.

The Class of 2016 will be inducted into the AICP College of Fellows on April 3rd during the American Planning Association’s National Planning Conference in Phoenix.